It's been a while since I've posted anything because for the most part we're just living daily life that consists of working and trying to get out on the weekends. We've done some fun stuff lately so I thought I'd post some pictures. As far as if anything is new with us lately, we're going to Hawaii in 4 months (yipee!!!) and we'll probably end up moving in 5-6 months when Ryan gets a new project assignment. We won't know anything about that until June so right now it's something I try not to think or worry about (yeah right but I can try!).


Ryan is on a vintage beach cruiser bike kick, so he searched for a while and eventually obtained a few. They need some work but are definitely cool and have a lot more character than most other people's bikes along the beach. About 3 weeks ago it was 80 degrees at the beach on a Saturday so we took our bikes for a ride! Now it's been raining and really cold so it was nice to get out in the sun while we had the chance. 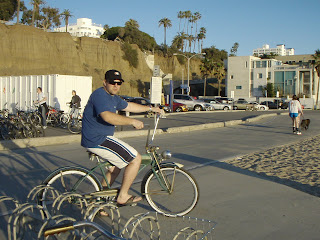 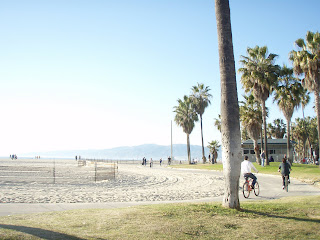 Pathway from Santa Monica to Venice 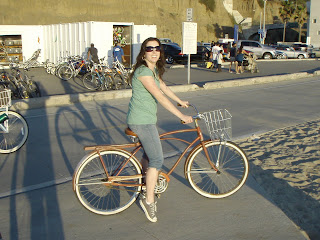 Ryan was given tickets from someone at work for the NHRA Drag Racing Winternationals in Pomona. It's the beginning of the racing season and the first event of the year for the racers. It was a 3 or 4 day event, with most of it getting rained out, but we managed to get there and see some racing before they had to cancel due to the weather. This was at the beginning when it was packed. As soon as it started raining it cleared out so fast, but we stuck it out and they dried the track which allowed for some more races. I didn't think it was going to be very fun, but it's the craziest thing. These cars are LOUD, even with really good earplugs, and when they zoom by you it feels like a sonic boom and your whole body shakes from the inside out. Its an amazing feeling and I've never felt anything like it. The first time they went by it made my eyes water and I felt like I was going to explode from the inside! I would definitely go again if we could get cheap or free tickets again! 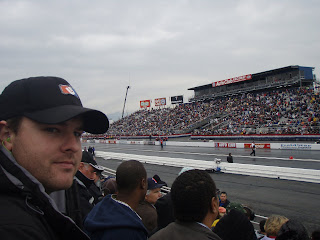 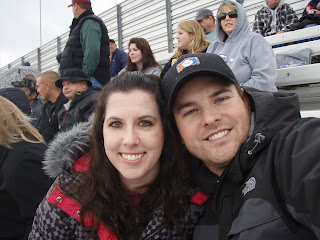 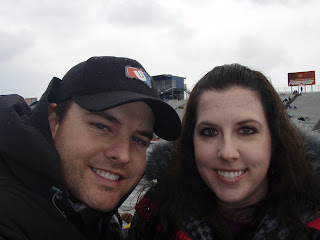 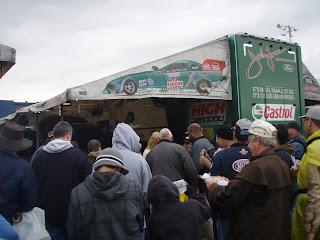 This is John Force's team's area in the pits. He and his daughters are the only drag racers I've ever heard of because we would sometimes watch their show "Driving Force" on A&E, I don't think its on anymore though. One of his daughters is signing autographs here. We didn't bother to stay and get one because it wasn't that big of a deal, but their area was definitely the most crowded with people waiting to meet and great with the Force team.

This last weekend we went to an LA Kings hockey game. I had never been to one, Ryan got to go a few months ago with free tickets from work and I wasn't able to make it. Again, I'm not a huge sports spectator so I wasn't sure how fun it would be, but I really enjoyed it. It's crazy how they fight and there was a pretty big brawl where they were pulling each others helmets off and just punching the crap out of each other. It was actually really entertaining! The game was tied up by the Kings in the last couple minutes of the 3rd period so it went into overtime. No goals were scored during the 5 min so then they had to go into sudden death when each team chooses 3 players and its just one person shooting and the goalie defending. The oposing team, Edmonton Oilers, went first and scored a goal, then the Kings didn't, then the other team scored a goal again for the win. Everyone was so disappointed and I found it quite amusing since I wasn't really rooting for one team or another. I'd like to go to a Kings and Sharks game just for the fun of it sometime. 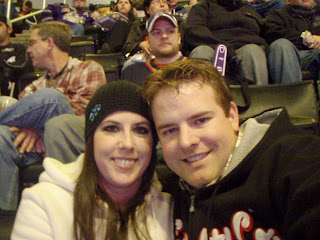 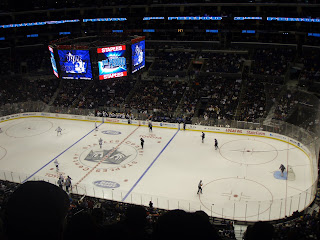 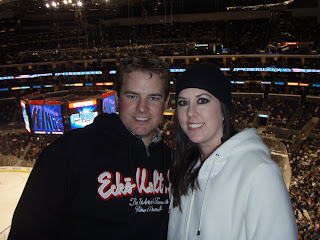 After the game we headed towards the beach to watch the sunset. It was so pretty but really, really cold! The air coming right off the water is really wet and cold and it just chills you to the bone, very different from the dry cold of Idaho. 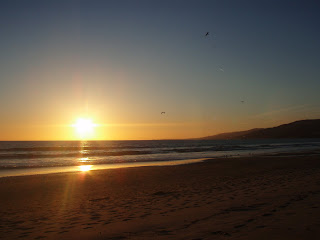 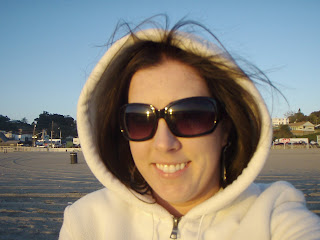 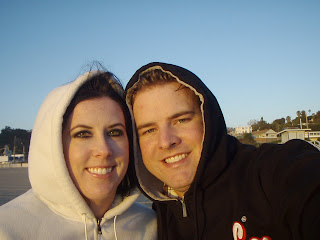 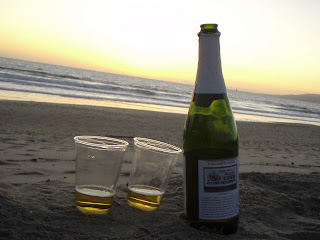 Some bubbly to celebrate Valentines 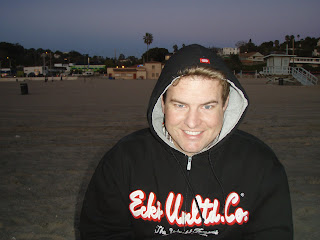 I love my handsome hubby, he's the best ever!

Posted by Ryan and Adrienne Johnson at 6:43 AM 0 comments

We bought our tickets for Hawaii about a week ago, and its only 4 months away now until our vacation. Woohoooooo!!!!!!!!

Posted by Ryan and Adrienne Johnson at 5:51 PM 0 comments